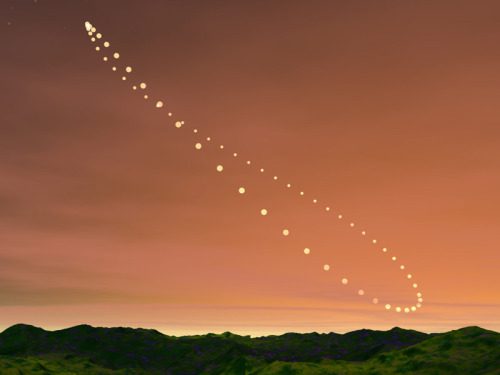 The implications of these findings can be linked to medical conditions from chronic stress to neurodegenerative diseases.

In the early 90’s, Bruce McEwen told me how to validate my model of cell type differentiation by starting with gene activation.

With regard to the conservatism and the significant role of the chemical communication in a wide range of mammals, including Homo sapiens [25]

In Role of olfaction in Octopus vulgaris reproduction, Anna’s group cited my most recent published review.

Future work on O. vulgaris olfaction must also consider how animals acquire the odours detected by the olfactory organ and what kind of odour the olfactory organ perceives. The OL acting as control centre may be target organ for metabolic hormones such as leptin like and insulin like peptides, and olfactory organ could exert regulatory action on the OL via epigenetic effects of nutrients and pheromones on gene expression (Kohl, 2013; Elekonich and Robinson, 2000).

Elekonich and Robinson (2000) Organizational and activational effects of hormones on insect behavior,  cited our 1996 Hormones and Behavior review of RNA-mediated cell type differentiation: From Fertilization to Adult Sexual Behavior.

I have repeatedly mentioned the fact that the details in the molecular epigenetics section of our 1996 review now link The Bull Sperm MicroRNAome and the Effect of Fescue Toxicosis on Sperm MicroRNA Expression from nutrient-dependent RNA-mediated cell type differentiation to biodiversity in all living genera.

…the role of lncRNAs is a mystery. “We don’t know their function, or even if they function at all.” They may act in the evolution of new genes; in helping cells respond to stress; in interaction with genes or proteins; or, says another author, Vladimir Kuznetsov, “all of these at once!”

My comment: If you let them, researchers like him will continue to prevent the dissemination of accurate information that links the role of lncRNAs from nutrient-dependent microRNAs and adhesion proteins to supercoiled DNA that protects all organized genomes from virus-driven entropy. The Science X sites will help him by reporting similar claims that are based on the pseudoscientific nonsense touted by evolutionary neo-Darwinian theorists and theoretical physicists who know nothing about how to link atoms to ecosystems. The pseudoscientists will claim “…the role of lncRNAs is a mystery” at the same time others tell you that mutations are linked from perturbed protein folding to the evolution of one species from another species.

Stress dynamically regulates behavior and glutamatergic gene expression in hippocampus by opening a window of epigenetic plasticity is the most recent report from Bruce McEwen’s group.

Using both WT mice and a humanized mouse model of reduced BDNF function (Val66Met SNP), we found that the epigenetic activator of histone acetylation…

Reported as: Newly discovered windows of brain plasticity may help with treatment of stress-related disorders

…they looked at mice genetically engineered to carry a genetic variant associated with development of depression and other stress-related disorders in humans [the variant is BDNF Val66Met] and present in 33 percent of the population.

My comment: BDNF Val66Met links a single amino acid substitution to life history transitions in behavior via the honeybee model organism and all other model organisms of RNA-mediated cell type differentiation. But, if you let them, teleophobic neo-Darwinian theorists and theoretical physicists will continue to prevent you from learning how hydrogen-atom transfer in DNA base pairs links Schrodinger’s “What is Life?” to the answer to that question.