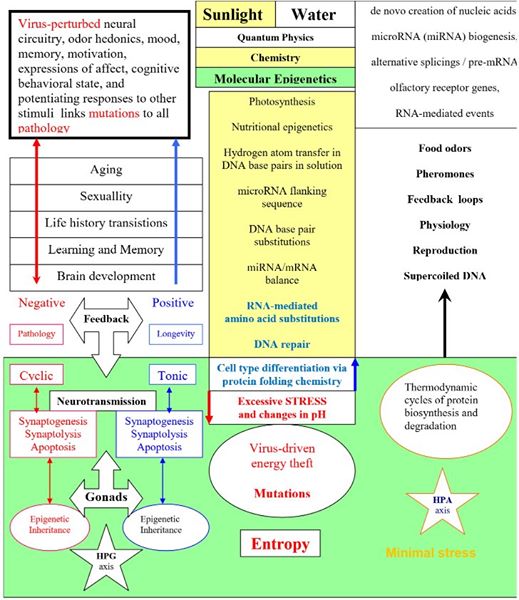 President Donald J. Trump linked God’s Creation of subatomic particles from differences in the energy of positively charged protons and negatively charged electrons to biophysically constrained healthy longevity across kingdoms via the physiology of reproduction. If Biden wins, we are a nation of losers like Jonathan Reiner.

Play Biden’s stupid game, wear masks, and practice social distancing, or play these games for ages 10-14+ to learn how to link God’s Creation of energy-as-information to genotypes without making stupid claims about how energy emerged from nothing and species automagically evolved.

On 10/24/20, facts about light-activated carbon fixation and microRNA-mediated protonated RNA interference were presented in the context of Chronic exposure to anthropogenic and climate related stressors alters transcriptional responses in the liver of zebrafish (Danio rerio) across multiple generations 10/24/20

For comparison to facts about the transgenerational epigenetic inheritance of healthy longevity compared to the overwhelming ignorance touted by mask-wearing biologically uninformed science idiots, see:

Our findings implicate miRNAs in the eutherians’ increase in neuronal subtype and projection diversity, the anatomic underpinnings of their complex behavior.

Remember that this ignorance about an evolutionary acquired microRNA comes from the ignorance of liberals, Democrats, Communists and other atheists in our past.

They have ignored the facts about light-activated microRNA biogenesis and the assembly of the microRNA-RNA-peptide nanocomplex that protects all organized genomes from the virus-driven degradation of messenger RNA.

See for instance: A universal trend of amino acid gain and loss in protein evolution 2/10/05

The amino acid composition of proteins is food energy-dependent, and pheromone-regulated genetic processes biophysically constrain all pH-dependent life in species from microbes to humans.