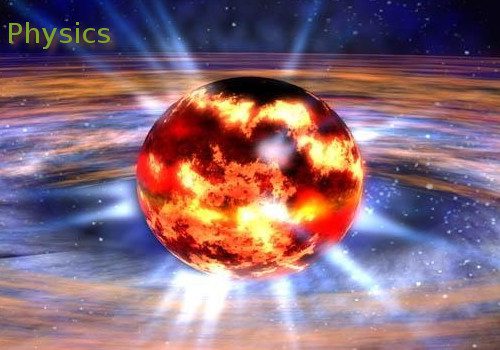 for the design and synthesis of molecular machines

They have developed molecules with controllable movements, which can perform a task when energy is added.

My comment: When energy is added is the key to understanding healthy longevity in the context of popular information

All chemical systems strive for equilibrium – a lower energy state – but this is somewhat of a stalemate. We can take life as an example. When we eat, the body’s molecules extract the energy from the food and push our molecular systems away from equilibrium, to higher energy levels. The biomolecules then use the energy to drive the chemical reactions necessary for the body to work. If the body was in chemical equilibrium, we’d be dead.

Just like the molecules of life, Sauvage’s, Stoddart’s and Feringa’s artificial molecular sytems perform a controlled task. Chemistry has thus taken the first steps into a new world.

My comment: All steps that were designed to link energy as information to the physiology of reproduction and healthy longevity existed at the dawn of creation.  Chemistry finally links the differences between Old Earth Creationists (OEC) and Young Earth Creationists (YEC). The OEC appear to have assumed that the reaction times Schrodinger (1944) placed into the context of his claims in “What is Life?” occur across billions of years.

Indeed, in the case of higher animals we know the kind of orderliness they feed upon well enough, viz. the extremely well-ordered state of matter in more or less complicated organic compounds, which serve them as foodstuffs. After utilizing it they return it in a very much degraded form -not entirely degraded, however, for plants can still make use of it. (These, of course, have their most power supply of ‘negative entropy’ the sunlight.)

In that context the emergence of energy automagically linked the “Big Bang” to theories about all reaction times. The reaction times linked what organisms eat to natural selection for mutations. Theorists may still think that de Vries 1902 definition of ‘mutation’ links their assumptions to the evolution of all biodiversity.

In 1991, Roger Penrose succinctly addressed that problem with the theorists claims in the forward to the reprint edition of “What is Life?”

How often do we still hear that quantum effects can have little relevance in the study of biology, or even that we eat food in order to gain energy?

My comment: The answer to that question was placed into the context of “…his discoveries of mechanisms for autophagy,” when Yoshinori Ohsumi won the 2016 Nobel Prize in Physiology or Medicine.

Virus-driven energy theft is the link to all negative outcomes in the context of autophagy. The nutrient-dependent pheromone-controlled physiology of reproduction in species from microbes to mammals is the link from RNA-mediated protein folding chemistry to all biophysically constrained limits on life.

Life exemplifies natural selection for codon optimality, which links RNA-mediated amino acid substitutions to supercoiled DNA, which protects all organized genomes from virus-driven entropy.  The virus-driven theft of quantised energy links changes in base pairs to amino acid substitutions in viruses that facilitate their energy dependent replication. Differences in their rate of replication can be compared to differences in rates of energy-dependent cell type differentiation and proliferation in all cell types of all individuals of all living genera.

That has already been done in the context of the Precision Medicine Initiative and National Microbiome Initiative, which link energy-dependent differences in metabolic networks to genetic networks via the pheromone-controlled physiology of reproduction in species from microbes to humans.  If the fine-tuned balance of life in all its diversity is not maintained by the proper use of available energy, nutrient-stress and/or social stress link energy-dependent viral latency to all pathology.

… viral latency is responsible for life-long pathogenesis and mortality risk…

My comment: When the 2017 Nobel Prizes in the hard sciences are again awarded to those who are Combating Evolution to Fight Disease, which is what happened in 2015, how many more times will neo-Darwinian theorists and “Big Bang” cosmologists try to dumb-down the findings on how energy as information biophysically constrains cellular differentiation and proliferation in the context of ecological variation and energy-dependent ecological adaptations?