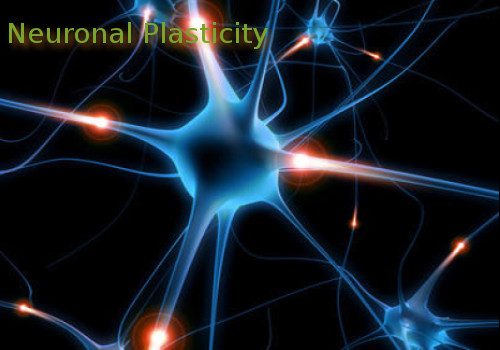 Development of female sexual behaviors requires DNA methylation in the preoptic area of the rodent brain.

Excerpt: “…programmed during brain development, but how exactly this occurs is not clear. In the preoptic area (POA) of the brain…”

My comment: See the section on molecular epigenetics in our 1996 Hormones and Behavior review: From Fertilization to Adult Sexual Behavior

Nutrient-dependent RNA-directed DNA methylation and RNA-mediated amino acid substitutions now extend what is currently known about the biophysically constrained chemistry of protein folding to cell type differentiatioin in all cells of all genera via conserved molecualr mechanisms.  See: RNA-mediated:  “Here you will find information that links physics, chemistry, and molecular epigenetics via RNA-mediated events such as the de novo creation of olfactory receptor genes in order to encourage a public discussion of a paradigm shift.”

For a historical perspective, Elekonich and Robinson (2000) linked our model to insects and Elekonich and Roberts (2005) linked it to the life history transitions of the honeybee model organism that now extend to what is known about a single amino acid substitution and cell type differentiation in the human brain during a life history transition. See: Oppositional COMT Val158Met effects on resting state functional connectivity in adolescents and adults

This links RNA-mediated metabolic networks to genetic networks in the context of what is currently known about nutrigenomics and pharmacogenomics. Clinically Actionable Genotypes Among 10,000 Patients With Preemptive Pharmacogenomic Testing

The preoptic area of the mammalian brain appears to be the source for generation of the gonadotropin releasing hormone (GnRH) pulse, which links the nutrient-dependent pheromone-controlled cell type differentiation and reproduction of yeasts to mammals. See: Feedback loops link odor and pheromone signaling with reproduction (2005)

…programmed during brain development, but how exactly this occurs is not clear.

It is perfectly clear to anyone who is not a human pheromone-denier, because the conserved molecular mechanisms of cell type differentiation do not vary across species. The conserved molecular mechanisms cause the differences in nutrient-dependent pheromone-controlled morphological phenotypes and behavioral phenotypes manifested in the biodiversity of life on this planet. The only way to deny the involvement of human pheromones is to define them in terms used by theorists who would typical rather discuss mutations and evolution, not biologically-based cause and effect.

Excerpt: A comparison of the SDN-POA (sexually dimorphic nucleus of the preoptic area) of PS males and non-PS males revealed a marked reduction in nuclear size among the PS males; the SDN-POA of females was not affected (Anderson, Fleming, Rhees, and Kinghorn, 1986; Anderson, Rhees, and Fleming, 1985; Kerchner and Ward, 1992).

My comment: Watch for other articles from Nugent et al., that attest to the obvious involvement of epigenetic effects on RNA-mediated cell type differentiation. Eventually, these researchers will need to differentiate cause and effect that has been attributed to mutations and evolution from what can only be accurately attributed to nutrient-dependent pheromone-controlled RNA-mediated ecological adaptations.