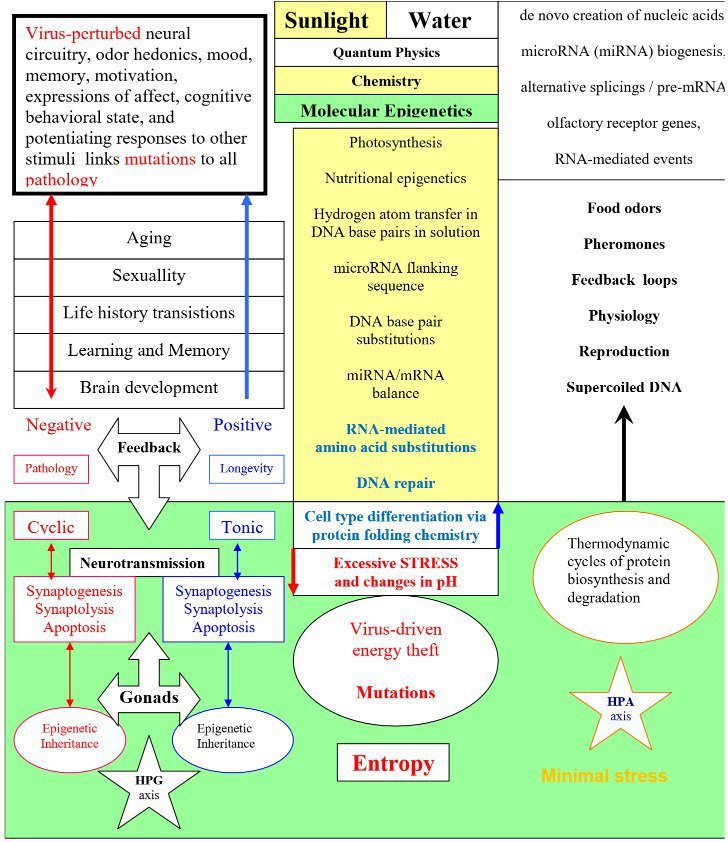 Systematic Characterization of MicroRNA Processing Modes in Plants With Parallel Amplification of RNA Ends 12/7/21 links light-activated carbon fixation from the ATP-dependent creation of RNA and Dependence of RNA synthesis in isolated thymus nuclei on glycolysis, oxidative carbohydrate catabolism and a type of “oxidative phosphorylation” (1964) to microRNA-mediated cures via this claim:

Moving forward, The two-step process of ovarian follicular growth and maturation in mammals can be compared to a fruit ripening where quality depends on the second step 12/23/21

As long as FSH stimulates growth, follicles remain green, and it is only when FSH is replaced by LH that the ripening process begins, and “apples” become red. Both fruits, follicles and apples, depend on a perfect timing of events to generate offspring.

Here’s the model for that: Nutrient-dependent/pheromone-controlled adaptive evolution: a model (6/14/13)

An environmental drive evolved from that of nutrient ingestion in unicellular organisms to that of pheromone-controlled socialization in insects. In mammals, food odors and pheromones cause changes in hormones such as LH, which has developmental affects on pheromone-controlled sexual behavior in nutrient-dependent reproductively fit individuals across species of vertebrates. 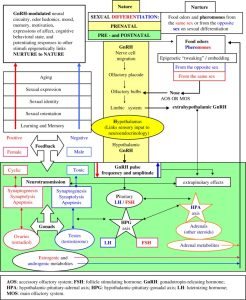 My model is a refutation of neo-Darwinian nonsense. See Mutation-Driven Evolution, which was published on the same day. On page 136, Masatoshi Nei inadvertently linked what is known about God’s Creation of sunlight and humidity from energy-dependent light-activated carbon fixation to microRNA biogenesis and pH-dependent Peptide synthesis at the origin of life 11/13/20.

Nei’s spurious claims from 2013 can be linked to my claim about the biophysically constrained evolution of a food energy-dependent pheromone-regulated environmental drive. He then helped to clarified the fact that microRNAs control levels of protein production by degrading mRNAs, and linked the microRNA-mediated control to altered expression of phenotypes before claiming that all alterations of phenotypes arise in the context of mutations.

Instead of linking natural selection for energy-dependent codon optimality to the perfect timing of events required to generate offspring across kingdoms, he claims that natural selection saves advantageous mutations and eliminates harmful mutations. “… therefore natural selection is an evolutionary process initiated by mutation.”

See for comparison: Crosstalk between codon optimality and cis-regulatory elements dictates mRNA stability 1/5/21, which was presciently placed into the context of facts in Nutrient-dependent Pheromone-Controlled Ecological Adaptations: From Angstroms to Ecosystems 4/18/18

…pheromones appear to control the nutrient-dependent epigenetically-effected hormone-dependent organization and hormone-activation of reproductive sexual behavior in mammals such as mice and humans, but also in invertebrates and in microbes as previously indicated.

The ecological adaptations, which appear to be manifested in the human population are detailed in these two reports [159,160]. The ecological adaptations are likely to be nutrient-dependent and pheromone-controlled. If so, ecological variation probably leads to ecological, social, neurogenic, and socio-cognitive niche construction, which is manifested in increasing organismal complexity and species diversity. If not, there may be something as yet unknown about mutations and evolution that makes sense in the light of what is known about nutritional epigenetics and the molecular biology of species from microbes to man.

Nothing known to intelligent serious scientists has since been linked to mutations and evolution across billions to millions of years. Everything known to theorists has been dismissed in the context of facts that link energy-dependent furin cleavage from fixation of amino acid substitutions to naturally attenuated viral latency and the end of SARS-CoV-2 and all cancers now that Lawrence A. Tabak is the new director of the NIH.

Differences in food and pheromone-regulated genetic processes of reproduction in species from cyanobacteria to humans are the key to understanding sex differences in cell types linked to ethnicity via the physiology of reproduction and fixation of amino acid substitution in organized genomes.

Before she was murdered, Suzanne Eaton had also published on this. See: Hedgehog Signaling Strength Is Orchestrated by the mir-310 Cluster of MicroRNAs in Response to Diet

For a historical perspective on what may be getting intelligent serious scientists killed, see: Museum für Naturkunde Explores Maria Sibylla Merian’s Legacy and Editions of Her Metamorphosis, which cites “The Wondrous Transformation of Caterpillars and their Remarkable Diet of Flowers” (1679).