The creation of metazoans, vertebrates and finally mammals from unicellular organisms… required the creation of new gene loci with previously nonexistent functions.

The persistent theories of evolution by gene duplication can be compared to facts natural selection for adaptation in the context of God’s Creation of subatomic particles, such as protons and the ATP-dependent creation of RNA, which was required to link the energy-dependent Creation of new gene loci to pH-dependent biophysically constrained viral latency via oxidative phosphorylation and protonated RNA interference (RNAi) via the physiology of pheromone-regulated genetic processes of reproduction in species from cyanobacteria to humans.

Stupid theories are much easier for biologically uninformed theorists to accept compared to the experimental evidence that links RNAi to proton therapy for cancer. Simply put, the links to proton therapy/proton beam therapy require God’s Creation of protons and the ATP-dependent synthesis of RNA. No ecologically relevant “magic traits” were required.

If you prefer to start with “magic traits” see: Genetic dissection of assortative mating behavior 2/7/19

Ecologically relevant mating cues (sometimes known as “magic traits” [2,6]) are now predicted to be widespread in nature [6,7], and the last few years have seen considerable progress in our understanding of their genetic basis.

See for comparison: Dependence of RNA synthesis in isolated thymus nuclei on glycolysis, oxidative carbohydrate catabolism and a type of “oxidative phosphorylation”(1964)

…the researchers decided to focus on two branches of the fruit fly family tree: the classic lab model Drosophila melanogaster, and its closest relative, Drosophila simulans. These two species diverged from each other two to three million years ago.

No experimental evidence of biologically-based cause and effect suggests any species diverged from any other species during two to three million years of evolution. For contrast, in 1910, Thomas Hunt Morgan linked nutrient-dependent pheromone-regulated genetic processes of reproduction to chromosomal rearrangements and sympatric speciation in flies, and the claims have since been extended across species to prevention of virus-driven pathology, such as cancer.

See: The miR-200 family in normal mammary gland development 8/28/21 and Association between single-nucleotide polymorphisms in miRNA and breast cancer risk: an updated review 8/28/21

Single-nucleotide polymorphisms (SNPs) in microRNA (miRNA) genes have recently been identified as BC risk factors.

The frequency of the human-specific EDAR V370A allele appears to be uniquely elevated in North and East Asian and New World populations due to a bout of positive selection likely to have occurred circa 20,000 y ago.

A better fit with facts about how rs3827760 and other SNPs in microRNA genes biophysical constrain viral latency was established in Analysis of 6,515 exomes reveals the recent origin of most human protein-coding variants 11/28/12 reported as: Past 5,000 years prolific for changes to human genome

The findings confirm their earlier work suggesting that the majority of variants, including potentially harmful ones, were picked up during the past 5,000–10,000 years.

How many food energy-dependent pheromone-regulated SNPs in microRNA genes such as the SNP, rs3827760 are required to protect you and your loved ones from unnecessary suffering and premature death?

…diet-induced cardioprotection may result from the synergistic effects from both the modulation of endogenous and exogenous miRNAs (Figure 1).

Compare their Figure 1 to my Figure 1 from Nutrient-dependent/pheromone-controlled adaptive evolution: a model (2013) 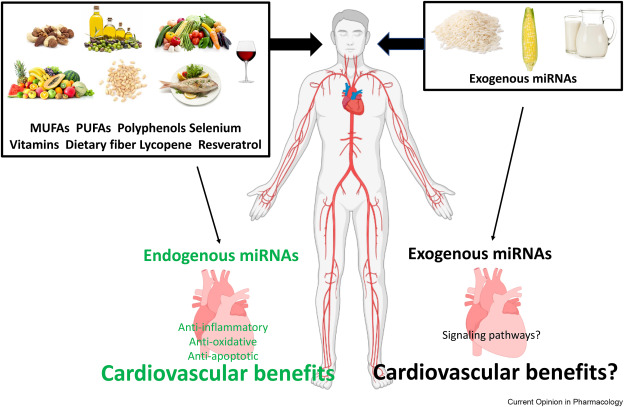 See also the diagram from What is life when it is not protected from virus driven entropy (2016).

It was published as:  Nutrient-dependent Pheromone-Controlled Ecological Adaptations: From Angstroms to Ecosystems (2018)

If the virus-driven degradation of messenger RNA is not the link from the accumulation of rogue antibodies to COVID deaths, there is no explanation for everything known to intelligent serious scientists about the energy-dependent microRNA-mediated prevention of diseases across kingdoms.