Pheromones protect us from viruses (7)

HomePheromones protect us from viruses (7)

It’s been more than one year since Guenther Witzany published What is Life? 3/18/20

“A new definition of life must integrate the current empirical knowledge about interactions between cells, viruses, and RNA networks to provide a better explanatory power than the twentieth century narrative.”

The need for the new definition of life is consistent with my claims from “What is life when it is not protected from virus-driven entropy.”

It’s been 5 years since this virtual conference presentation on 3/30/16.

The anti-entropic force of virucidal ultraviolet light links guanine–cytosine (G⋅C) Watson–Crick base pairing from hydrogen-atom transfer in DNA base pairs in solution to supercoiled DNA, which protects the organized genomes of all living genera from virus-driven entropy. For example, protection of DNA from permanent UV damage occurs in the context of photosynthesis and nutrient-dependent RNA-directed DNA methylation, which links RNA-mediated amino acid substitutions to DNA repair. In the context of thermodynamic cycles of protein biosynthesis and degradation, DNA repair enables the de novo creation of G protein coupled receptors (GPCRs). Olfactory receptor genes are GPCRs. The de novo creation of olfactory receptor genes links chemotaxis and phototaxis from foraging behavior to social behavior in species from microbes to humans. Foraging behavior links ecological variation to ecological adaptation in the context of this atoms to ecosystems model of biophysically constrained energy-dependent RNA-mediated protein folding chemistry. Protein folding chemistry links nutrient-dependent microRNAs from microRNA flanking sequences to energy transfer and cell type differentiation in the context of adhesion proteins, and supercoiled DNA that protects all organized genomes from virus-driven entropy.

During the last few days of March, 2021, the number of published works that mention “microRNA” in the context of biophysically constrained life increased to nearly 118,000. Virtually all intelligent serious scientists now know that protein folding chemistry is energy-dependent and microRNA-mediated.

Why haven’t all theorists revised their theories to “…provide a better explanatory power than the twentieth century narrative.”

On 3/28/21 I learned that Luis P. Villarreal made a claim about my published works without citing them.

See: INFECTIOUS THOUGHTS Discovering Biology as a Social Science 2/2/21 with my emphasis

LPV: …with the additional development and publication of the Gangen paper, I do feel I will no longer have much more to write about. Regarding the Kohl papers; odors are clearly crucial for social communication and food has been a part of this (as has I think RNA). This is a nice summary. But curiously, he does not mention that if an individual honey bee feeds outside that of its own communal hive feeding it then becomes recognized as foreign and is killed by the hive. Missing is the concept of group identity. And in humans (and great apes), he does not even mention the big changes that occurred in the VMO organ and its receptors and the corresponding changes to visual identity. Let alone any consideration of a viral role. Doesn’t seem he read my book (but then very few have). Maybe the next generation can be infected by such thinking.

Focus on what I did not mention is tactical. I did not read his book because I’ve never learned anything about biophysically constrained food energy-dependent life on Earth from books published by theorists. He obviously has learned nothing from my published works, despite my book publication in 1995: Scent of Eros: Mysteries of Odor in Human Sexuality and our section on molecular epigenetics in From fertilization to adult sexual behavior (1996).

For contrast, Greg Bear used Luis P. Villarreal’s works and mine in the context of how pheromones were used in the creation of a new human species.

In 1996, I proposed to my publishers a novel about the coming changes in biology and evolutionary theory. The novel would describe an evolutionary event happening in real-time–the formation of a new sub-species of human being. What I needed, I thought, was some analog to what happens in bacteria. And so I would have to invent ancient viruses lying dormant in our genome, suddenly reactivated to ferry genes and genetic instructions between humans.

To my surprise, I quickly discovered I did not have to invent anything. Human endogenous retroviruses are real, and many of them have been in our DNA for tens of millions of years. Even more interesting, some have a close relationship to the virus that causes AIDS, HIV.

The acronym HERV–human endogenous retrovirus–became my mantra. In 1997 and 1998, I searched the literature (and the internet) for more articles about these ancient curiosities–and located a few pieces here and there, occasional mention in monographs, longer discussions in a few very specialized texts. I was especially appreciative of the treatment afforded to HERV in the Cold Spring Harbor text Retroviruses, edited by Drs. Coffin, Varmus, and Hughes. But to my surprise, the sources were few, and there was no information about HERV targeted to the general layman.

Energy-dependent pheromone-regulated genetic processes of self vs non-self recognition were linked from sexual differentiation of all cell types in From fertilization to adult sexual behavior (1996), to the concept of group identity before I published two award-winning reviews of biophysically constrained cell type differentiation across species:

Villarreal’s criticisms remind me of Criticisms of the nutrient-dependent pheromone-controlled evolutionary model (2014) by the atheist nurse, Andrew Jones.

Based on his writings, both published and unpublished, James Kohl presents an unsupported challenge to modern evolutionary theory and misrepresentations of established scientific terms and others’ research.

What misrepresentations? Clearly, atheists do not like refutations of their stupid theories.

Erythrocytes are the cells that are involved in oxidant equilibrium in an organism and contain microRNA (miRNA).

The effects of selenium supplementation can be linked to antioxidant status via the claims of McEwen et. al., (1964).

Dependence of RNA synthesis in isolated thymus nuclei on glycolysis, oxidative carbohydrate catabolism and a type of “oxidative phosphorylation”

Whether or not people like Luis P, Villarreal admit it, their theories have been eliminated by all intelligent serious scientists during the past 56 years.  The ATP-dependent Creation of RNA has been linked to biophysically constrained viral latency via protonated RNA interference and this STEM toy for ages 14+ 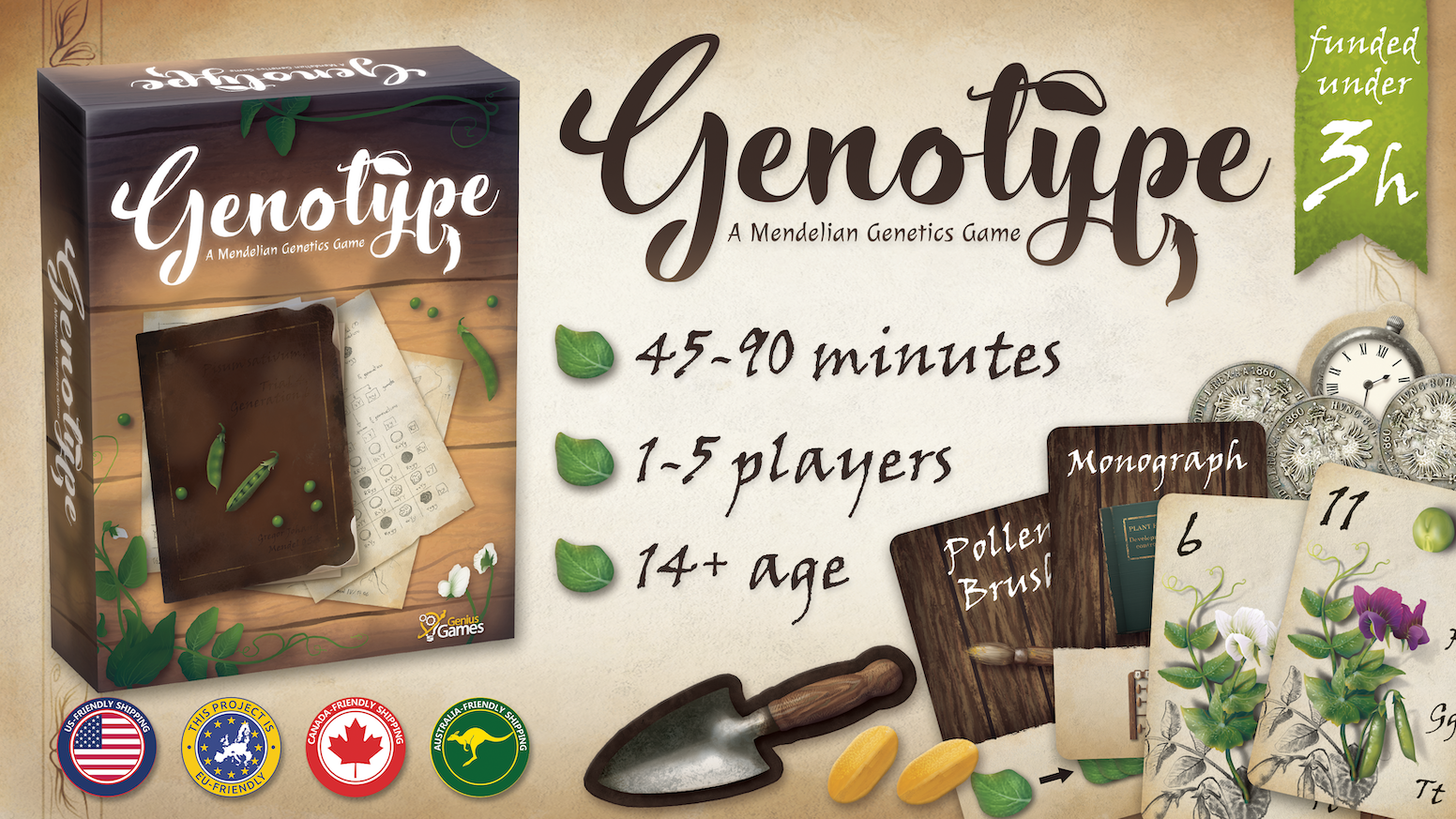 See for comparison: A Series of Fortunate Events: Chance and the Making of the Planet, Life, and You

Sean B. Carrol ignores everything known to intelligent serious scientists about energy-dependent biophysically constrained viral latency and stem cell creation, and revisits the “bad luck” theory of cancer, which is prevented by protonated RNA interference.

See for comparison: “Life is physics and chemistry and communication”  and OpenCell: proteome-scale endogenous tagging enables the cartography of human cellular organization 3/29/21

Circle back to the fact that this requires a new definition of life that starts with activation of endogenous substrates. See: What is Life? 3/18/20

A new definition of life must integrate the current empirical knowledge about interactions between cells, viruses, and RNA networks to provide a better explanatory power than the twentieth century narrative.

Summary: When others link God’s Creation of anti-entropic virucidal light to pH-dependent biophysically constrained viral latency via His Creation of water, which is required for the creation of all oxygen-dependent life on Earth, we will see how God’s Creation of Genotypes in all species once protected them, and us, from the virus-driven degradation of messenger RNA.