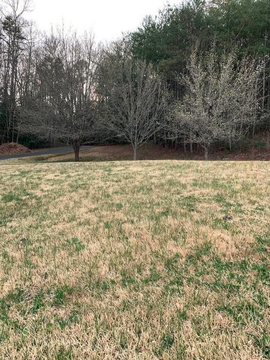 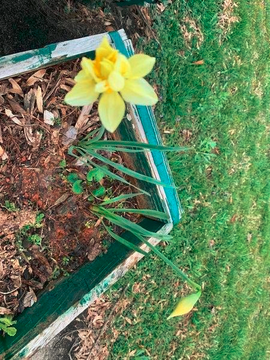 See: Furin cleavage of the SARS-CoV-2 spike is modulated by O-glycosylation 11/5/21

Without elaborating on the almost incomprehensible details about furin cleavage, former President Trump linked God’s Creation of sunlight and humidity to weakened coronavirus pathology on 4/23/20. Had he not been ridiculed, Lawrence A. Tabak’s interest in furin cleavage and the four amino acid substitutions in the spike protein (S) might have limited the unnecessary suffering and premature deaths from COVID-19 and its variants.

Simply put, the four amino acids exemplified the fact that the SARS-CoV-2 virus was lab-created because changes in amino acid substitutions do not automagically evolve in any species. Indeed, this claim from A universal trend of amino acid gain and loss in protein evolution 2/10/05, is a claim made by fools:

When you eliminate stupid theories, you eliminate people like Francis S. Collins. He is a foolish evolutionary theorist and he was Lawrence A. Tabak’s predecessor. Thank God for President Trump, who exposed the pseudoscientific nonsense touted by all stupid theorists with a simple statement about sunlight and humidity that can be linked to the reason that A third of Americans don’t believe in evolution 1/1/14

…only 43 percent of Republicans believe in evolution while 67 percent of Democrats said humans have evolved over time.

In my comment on the news article, which has since been removed,  I wrote:

Ecological adaptation occurs via the epigenetic effects of nutrients on alternative splicings of pre-mRNA which result in amino acid substitutions that differentiate all cell types of all individuals of all species. The control of the differences in cell types occurs via the metabolism of the nutrients to chemical signals that control the physiology of reproduction.

These facts do not refute evolution; they simply refute the ridiculous theory of mutation-initiated natural selection that most people here were taught to believe is the theory of evolution.

That theory is far too ridiculous to be anything but a joke in the context of biological-based increasing organismal complexity. But here, we have lots of jokers, don’t we? The proof of ecological variation that appears to refute the theory of evolution, which actually refutes itself, is that ecological adaptations occur too fast for mutations to compete with them as a source of anything but diseases and disorders.

The stupid atheist/evolutionary theorist, PZ Myers captured the comment and linked it to this attack on my scientific credibility. It’s basically an attack of his idiot minions, who are even less qualified to discuss ecological adaptations than he is.

The facts about ecological adaptations have since been linked to protection from SARS-CoV-2 and cancer, at every level of investigation that starts with God’s Creation of subatomic particles to His Creation of cell membranes via Cellulose for ages 14+.

See also, How glycobiology can help us treat and beat the COVID-19 pandemic 2/4/21

Infective life cycle of SARS-CoV-2. The interaction between the S protein and ACE2 receptor allows the attachment of the virus to the host cell (1). After that, the entry can be achieved by endocytosis (2) or by fusion of the viral and cellular membranes (3). Once inside, the viral RNA begins to be translated for producing the 1a and 1ab proteins (4). These proteins undergo subsequent proteolysis to produce nonstructural proteins (nsps), which complex thereafter to form the replicase-transcriptase complex (RTC) (5). The RTC is in charge of synthesizing the new viral RNA (- sense) and the structural viral proteins; both genomic and subgenomic RNAs are produced through negative-strand intermediates (6). At the end of the process, the assembly of the viral particle occurs (7) and the virus is released by exocytosis (8) (2).

Unfortunately, the facts about energy-dependent glycobiology cannot help protect your cell membranes if you were injected with synthetic mRNA. It prevents light-activated microRNA-mediated DNA repair.

See also:  Safety of mRNA vaccines administered during the initial 6 months of the US COVID-19 vaccination programme: an observational study of reports to the Vaccine Adverse Event Reporting System and v-safe 3/7/22 reported on 3/10/22 as The Lancet Paper Adverse Events are not Insignificant

To use a gene therapy technology-based vaccine with a high-risk profile and uncharacterized long term effects against a mild variant is the height of scientific ignorance and arrogance. It is time to stop.