In Darwin’s Radio and Darwin’s Children, Greg Bear predicted there would be ecologically adapted survivors of the forthcoming viral apocalypse.  Could his “raw insight” help to save you, or help to save any of your loved ones who are not already dead? Or, is it too late for us all?

Once again, evolution is a fresh territory, much larger than anyone thought. The Darwin code–the key to all of our new maps–has yet to be deciphered in its most important aspect–how it stores up and then releases the knowledge it has derived from experience.

The experience-dependent knowledge is stored as energy-dependent naturally occurring fluorescence in the supercoiled DNA of all cell types in all species from microbes to humans.

Excerpt: This nascent immunity is further reinforced by the elevated interference invoked by spacers from the three different systems. 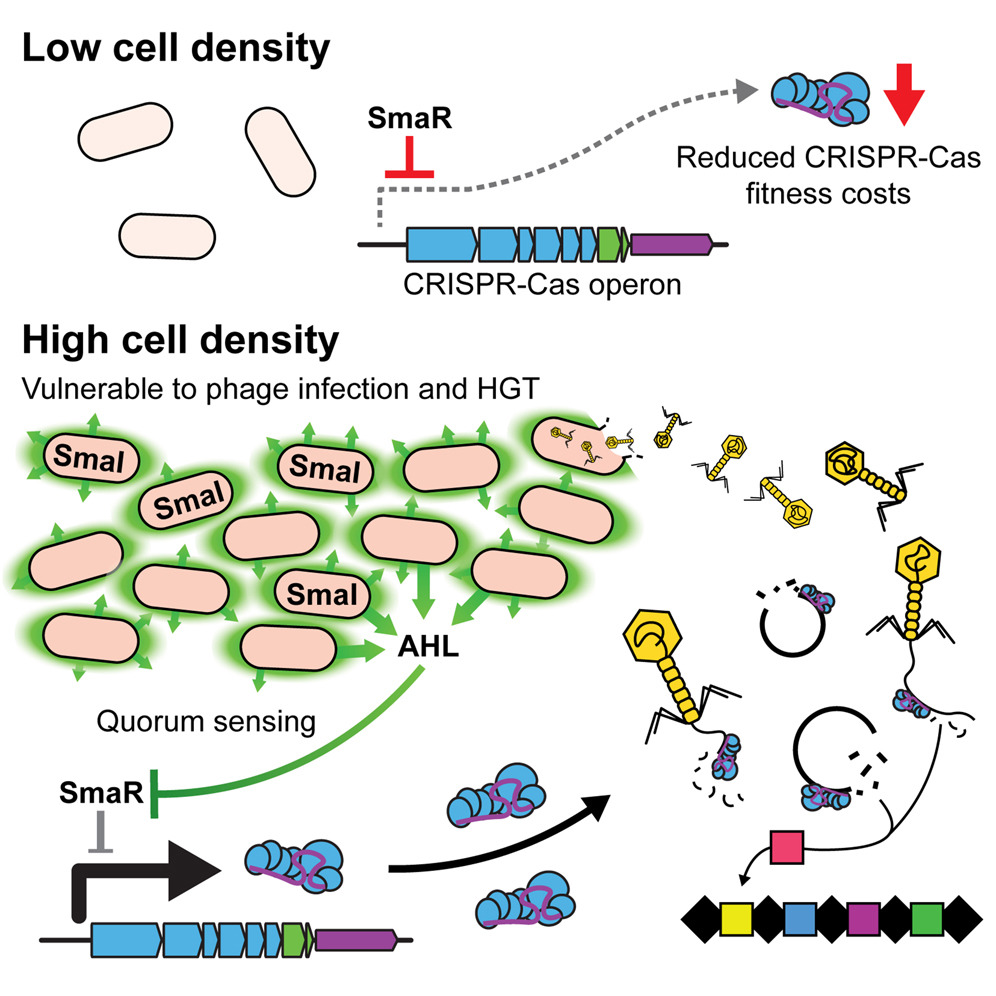 “As humans, we have evolved sophisticated immune systems that enable our bodies to fight the viral infections that render us ill. Amazingly, bacteria – although single celled organisms – often possess similar adaptive immunity called CRISPR/Cas systems. But the way that these CRISPR/Cas systems function is very much different to our own immune systems,” he says.

The scientific truth is known about the energy-dependent creation of the innate immune system. Theorists would rather kill us all with their ridiculous theories about how nascent immunity evolved than to admit they have always been wrong to believe in ridiculous theories of evolution.

Excerpt: An epigenetic continuum from microbes to humans: from theory to facts

Among different bacterial species existing in similar environments,  (Palchevskiy & Finkel, 2009) appears to have epigenetically ‘fed’ interspecies methylation and speciation via conjugation (Fall et al., 2007; Finkel & Kolter, 2001; Friso & Choi, 2002). This indicates that reproduction began with an active nutrient uptake mechanism in heterospecifics and that the mechanism evolved to become symbiogenesis in the conspecifics of asexual organisms (Margulis, 1998). In yeasts, epigenetic changes driven by nutrition might then have led to the creation of novel cell types, which are required at evolutionary advent of sexual reproduction (Jin et al., 2011). These epigenetic changes probably occur across the evolutionary continuum that includes both nutrition-dependent reproduction in unicellular organisms and sexual reproduction in mammals. For example, ingested plant microRNAs influence gene expression across kingdoms (Zhang et al., 2012). In mammals, this epigenetically links what mammals eat to changes in gene expression (McNulty et al., 2011) and to new genes required for the evolutionary development of the mammalian placenta (Lynch, Leclerc, May, & Wagner, 2011) and the human brain (Zhang, Landback, Vibranovski, & Long, 2011).

See also: Ask Carmen Leitch why she has never mentioned this Labroots virtual conference presentation or any of my published works.

The ultimate insult to the integrity of all serious scientists is to take this model of biologically-based cause and effect and link it to prurient self interests in :

In the context of a world-view touted by biologically uninformed theorists, we see how virus-driven energy theft could easily cause the death of us all despite the facts about quorum sensing that are known to serious scientists. Quorum sensing is nutrient-dependent and pheromone-controlled via autophagy, which links quorum sensing to supercoiled DNA via energy-dependent metabolic networks and genetic networks.

That message is difficult to convey in non-technical language, which suggests it may not ever be heard in the context of effective communication because people have been trained not to listen.

One of the human, the yeast and fly RecQ homologues, appear to play one specific role in genetic recombination in cells. Surprisingly, we found that E. coli RecQ plays the opposite role, and thus exemplifies a second paradigm for the in vivo function of RecQ-family proteins. We are investigating whether any of the human homologues function via the E. coli RecQ paradigm, and the molecular basis of RecQ action in vivo as a model for human oncogenesis. We are pursuing other promising bacterial homologues of human cancer proteins to learn their mechanisms of action first in the simpler, more tractable bacterial system to provide mechanisms and models for the molecular bases of cancer.

The E. coli RecQ paradigm links the nutrient energy-dependent biophysically constrained chemistry of RNA-mediated protein folding from changes in base pairs to amino acid substitutions in supercoiled DNA that protect the organized genomes of all living genera from virus-driven energy theft and all pathology. There is a model for that!

The model is also a refutation of neo-Darwinian pseudoscientific nonsense.

Based on his writings, both published and unpublished, James Kohl presents an unsupported challenge to modern evolutionary theory and misrepresentations of established scientific terms and others’ research. It was a mistake to let such a sloppy review through to be published.

The 2013 review article by James Vaughn Kohl published in Socioaffective Neuroscience & Psychology and criticized in the above Letter to the Editor was subjected to standard peer review and the revised version was accepted by me after it had been accepted by both reviewers.

My comment: There is still no other model of biologically-based cause and effect for comparison.