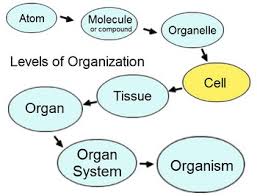 After he challenged me in a discussion of two works on tardigrades, Gavin Sherlock‘s comments were removed from the facebook page of Serafim Batzoglou.

In the context of The genome of the tardigrade Hypsibius dujardini and Evidence for extensive horizontal gene transfer from the draft genome of a tardigrade, it quickly became clear that Gavin Sherlock knows nothing about how cell type differentiation occurs.

Our results show that in an asexually evolving population of ~108 cells, a large number of independent beneficial mutations drive adaptation.

My comment: Ridiculous claims about beneficial mutations that drive adaptation led me to request a reprint from him on 5/1/15, which I never received. My FB encounter with him led me to find The Sherlock Lab – Experimental Evolution in Microbial Systems

The Sherlock lab uses experimental approaches to understand the evolutionary process, specifically interested in i) what’s the rate of beneficial mutation, ii) what is the distribution of fitness effects of beneficial mutations, iii) what are the identities of beneficial mutations (and are they gain or loss of function, are they recessive, dominant or overdominant, are the genic or regulatory?) and iv) how do each of these change as a function of genotype, ploidy and environment. We are also interested in how mutations that are beneficial in one environment fare in others, to explore the trade-offs that inevitably occur when fitness increases in a specific environment, and we are interested in exploring at what level experimental evolution can be deterministic, and at what level it is stochastic. We typically use short-term continuous (chemostat) and serial batch culture experiments in conjunction with lineage tracking and high throughput sequencing to understand the adaptive changes that occur in yeast in response to selective pressures as they evolve in vitro.

My comment: This group’s work was reported in one of my trade publications as Researchers Watch Evolution in Near Real Time

The project, which brings together biology and theoretical and applied physics, has logged key discoveries. “We have developed a general system to track cell lineages at high resolution,” Levy says. “And we have developed the theory to make sense of this type of data, in order to study evolution in a more quantitative way.”

We don’t know how the gene transfer occurs, but it almost certainly involves ingesting DNA in organic debris, which their environments are full of. Bdelloids will eat anything smaller than their heads!

My comment: Gene transfer in the context of ingested DNA links nutrient-dependent microRNAs to RNA-mediated DNA repair and the structure and function of supercoiled DNA in the organized genomes of species from microbes to humans. In my model, supercoiled DNA prevents virus-driven genomic entropy. Theorists want others to believe that the mutations caused by viruses can be linked from perturbed protein folding to biodiversity. They dismiss everything known to serious scientists about horizontal gene transfer.

Excerpt: “We predict 23,031 protein-coding genes in the genome…. We compare our assembly to a recently published one for the same species and do not find support for massive horizontal gene transfer.”

My comment: Gene assembly outside the context of a model that links atoms to ecosystems is a ridiculous waste of time. Serafim Batzoglou is not a member of my RNAmediated FB group. So, I asked: “Do others know anything about how nutrient-dependent RNA-mediated cell type differentiation occurs?”

Gavin Sherlock made it clear that he had learned nothing about cell type differentiation during the past twenty years, but he inferred that my comments made no sense. I stressed the fact he and others like him need to begin reading the current literature on nutrient-dependent RNA-directed DNA methylation, which links biophysically constrained protein folding chemistry to cell type differentiation in all living genera.

Like others who have been cornered by their ignorance, Sherlock disappeared. The problem I have with his “head in the sand” attitude towards cell type differentiation goes back to claims by Richard Lenski, who was proclaimed to be The Man Who Bottled Evolution.

Lenski linked nutrient-dependent ecological variation to pheromone-controlled ecological adaptation and cell type differentiation in the context of a decades-old experiment that is still being funded, despite this report of “Weekend Evolution”

See his Selected Recent Publications.  The bottom line quickly becomes clear. What is known about Horizontal Gene Transfer brings together biology, chemistry, and physics. Collectively, everything known to serious scientists links atoms to ecosystems via ecological variation metabolic networks linked to the genetic networks that link the epigenetic landscape to the physical landscape of DNA without the pseudoscientific nonsense about beneficial mutations.

The three human Ras genes (HRas, NRas and KRas) are the most commonly mutated oncogenes in cancer. They encode highly related 188–189 amino-acid proteins that are membrane-bound GTP/GDP-binding proteins, which serve as a ‘molecular switch’ linking receptor and non-receptor tyrosine kinase activation to downstream cytoplasmic and nuclear signalling events involved in a wide range of biological processes such as cell proliferation, differentiation and apoptosis1, 2, 3, 4, 5.

My comment: Obviously, these researchers understand the importance of phosphorylation to RNA-mediated cell type differentiation. Why do their peers continue to link mutations from natural selection to evolution? The article about dephosphorylation and cancer was reported as:

By better understanding how this cancer-causing protein works, we hope to target it much more precisely than before,” said Ohh. “At the end of the day, we want other researchers to build on our fundamental discovery, providing more options for patients.

My comment: The focus on proteins and genes by people like Gavin Sherlock, prevents others from learning about RNA-mediated gene duplication and RNA-mediated amino acid substitutions.  Clearly, proteins are not cancer-causing outside the context of atoms to ecosystems models with details about how the epigenetic landscape is linked to the physical landscape of DNA via metabolic networks and genetic networks. In such a model, membrane-bound GTP/GDP-binding proteins link nutrient uptake to the ‘molecular switch’ that links “…receptor and non-receptor tyrosine kinase activation to downstream cytoplasmic and nuclear signalling events involved in a wide range of biological processes…”

All biological processes proceed only in the context of nutrient-dependent RNA-mediated DNA repair. In the absence of the DNA repair that links supercoiled DNA to the protection of organized genomes from virus-driven entropy, people like Gavin Sherlock can continue to make ridiculous claims about mutations and evolution while ignoring the role of ingested viruses that steal the nutrient energy that is required for The Lives of a Cell.