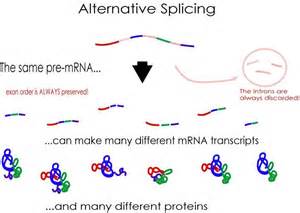 Autophagy is activated by virus-driven energy theft. Click on the term “Autophagy” That fact is clear in the diagram of systems complexity and in my model.

See for contrast:  Co-option of an endogenous retrovirus envelope for host defense in hominid ancestors

A key question in virology, that is potentially answerable using paleovirological analyses, is what caused the elimination of extinct viral lineages?

The selection pressures acting on hsaHTenv, its orthologs and progenitors might have been complex. Loss of fusogenicity but retention of receptor binding activity are, in a sense, opposing influences in terms of maintenance of the ORF and its function. Moreover, although some purifying selective pressure (low dN/dS) can be detected in hsaHTenv and its orangutan ortholog, a relaxation of those forces might be expected to have occurred after HERV-T extinction, perhaps leading to reduced antiviral activity observed in modern hsaHTenv. Finally, as MCT-1 is a moncaboxylate transporter that is upregulated in human cancers (Halestrap, 2013), the ability of hsaHTenv to deplete MCT1 from cell surfaces may suggest an additional or alternative metabolism-related cellular or even anti-tumor functions and selective pressures. Such an activity might have continued to shape hsaHTenv sequence independent of anti-HERV-T activity. In either case, this study highlights the potential importance of ERV proteins as raw material for the innovation of new functions in human ancestors.

All energy-dependent cell type differentiation is receptor-mediated. The nutrient energy-dependent de novo creation of receptors in cell types links metabolic networks to genetic networks via RNA-mediated protein folding chemistry, which biophysically constrains virus-driven energy theft. The energy theft links viral replication to the degradation of messenger RNA and mutations, which are linked to all pathology.

Reported as: Virology: Pushing the envelope

Rarely do we see this degree of prescient raw insight displayed by a non-scientist who predicted the claims about viruses in the manuscript reviewed.

Please see: Evolution rising from the grave http://dx.doi.org/10.1038/3… Excerpt: “Reactivation of a dormant message signals the dawn of a new humanity.”

My competing interests include ownership of domains that disseminate accurate information about energy-dependent biologically-based cause and effect, which is biophysically constrained. My publication history extends across twenty years during which I have refuted every aspect of neo-Darwinian nonsense.

The nonsense places claims about evolution into the context of what is known to serious scientists about the links from angstroms to ecosystems in all living genera. Serious scientists start with hydrogen-atom transfer in DNA base pairs in solution.

The potential of hydrogen is referred to as pH. Virus driven energy theft links changes in pH to the degradation of messenger RNA and the mutations that are linked to pathology in all living genera.

My comments are rarely published here.

See, for comparison, my comment to Greg Bear’s FB page:

Hi Greg. Nutrient energy-dependent pheromone-controlled RNA-mediated viral latency became the focus of my published works and presentations after you linked pheromones to ecological adaptations in a new human subspecies.

My 2017 Labroots Precision Medicine presentation is an extension of facts you helped to detail for your target audience.

“Energy as information and constrained endogenous RNA interference” is being ignored because it refutes every aspect of pseudoscientific nonsense that has ever been touted by neo-Darwinian theorists. I continue to be amazed by those who claim to be scientists who cannot begin to understand what you understood at the time you wrote “Blood Music.” Like others, I am also somewhat scared of what you predicted in “Quantico.”